I spent the fall and spring quarters of my senior year interning with the Santa Barbara Independent, the city’s alt-weekly and paper of record. During that time, I covered a myriad of things, from crime to bunny shelters to political forums.

This was, by far, the most practical internship I have ever completed in the news world. UCSB doesn’t have a journalism program, and as a result, people seeking real-world media experience are left to turn to the newspapers and online outlets on campus to get clips. There aren’t many newspapers in the Santa Barbara area, but I’m grateful that I interned at the Independent, where I got a taste of the crime and Isla Vista beats.

One of the first pieces I published as an intern this quarter was about the efforts of Santa Barbara County schools to ensure high quality education in the wake of the Thomas Fire and Montecito debris flows. 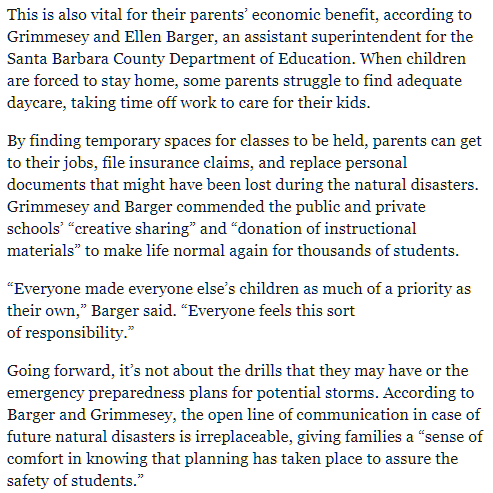 Writing for the Independent meant that I was also expected to cover in-person events. As one of the few interns based in Isla Vista, I often ventured out around the university and town to cover ribbon-cuttings and forums. Events like these are often positive, a rarity as a journalist in a turbulent news cycle. Despite that, my editors have always advised me to be skeptical and look into what can sometimes be disturbing facts and statistics behind proposed change. Isla Vista Youth Projects had one such ribbon-cutting in May for a new toddler and infant childcare space. To cover it well was to produce fair and balanced coverage. 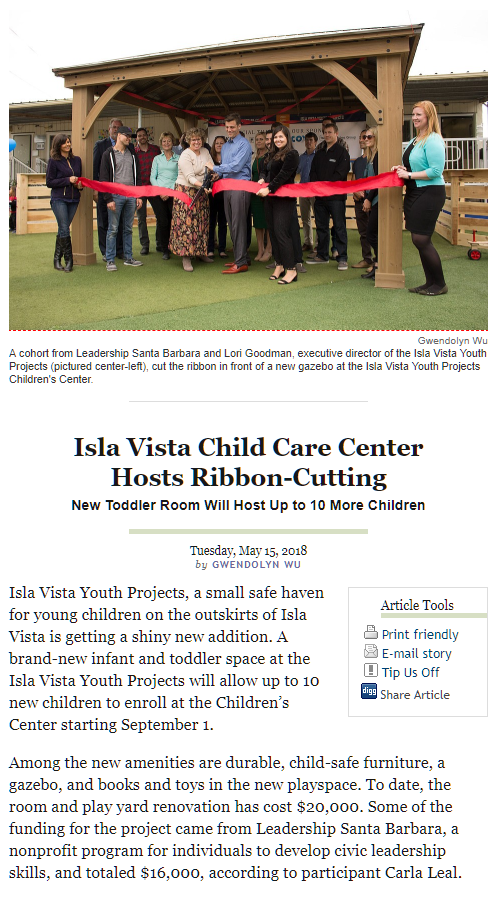 One of my most recent pieces is about construction notices posted at El Centro, a historic building in downtown Santa Barbara where tenants were priced out of their long-term commercial spaces. This piece went through editing that drew out the “$20 quote,” a.k.a. the quote that “sells” the story — specifically, that this contractor had a “history” of working past its allowed permits. The other cuts my story faced were to fit into a print “box” of 250 words, which isn’t very much in comparison to some of the other content on this website.